Strong Heroines: Girls Can Do Anything Boys Can Do 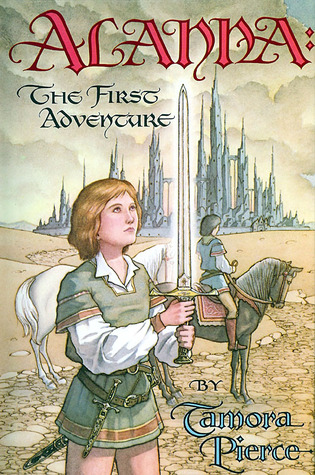 Feminism is a tough thing these days. Feminists are pretty harsh about each other's decisions regarding working, child rearing, taking their husband's last name, etc. We disagree on whether high-powered execs such as Marissa Mayer and Sheryl Sandberg can be considered role models when they have access to so many more financial resources than the average woman.

In YA lit, there's also plenty of disagreement. One person's heroine might seem like a wimp to another. So what makes a character a strong female? What makes them weak? How much butt does a girl have to kick to be strong, if any? What is over the line in a romantic relationship? And can we please discuss without the Twilight comparisons?

For me, a feminist is simply someone who believes that girls can do anything that boys can do, and often better. Not necessarily on average, but as individuals certainly. We all have our strengths and weaknesses. A female bodybuilder can easily beat up a skinny nerd who happens to be male. But what if the same bodybuilder tends to be passive in a relationship because she's inexperienced? Does that make her weak, or simply flawed?

My favorite strong female protagonist is Alanna of Trebond, from Tamora Pierce's Song of the Lioness Quartet. (Mild spoilers ahead)

I love her because:

Alanna is the character that made me want to write. She's such a fighter, but she's flawed. I think it's so cool that Tamora Pierce included the day she got her period. It was so very real. I also haven't seen too many other YA series where the main character hops into bed with different guys, and there are no terrible consequences (gasp!). Of course, she has a magic necklace to keep her from getting preggo, but you know what? It could have easily been more realistic birth control instead, and the story wouldn't have changed.

Who's your favorite strong heroine? And why?