Three Craft Books that Turned My Writing Around

I've read a lot of books on writing.  Sometimes I just read them to procrastinate doing actual writing! :) But there are three books that have really influenced how I write and my process.  So here are a few of my favorite writing books: 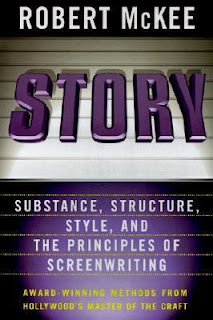 Story by Robert McKee is by far the most intense and most rigorous book I've read on how to understand the art of storytelling.  It is not for the faint of heart! The first time I tried to get through it, I gave up.  Seriously, I read the part about writing a scene in beats, felt my creativity shrivel up, and put the book down.

The next time I read Story, I had a completed manuscript in hand.  It was good, I thought, but it could stand to pack more punch.  Story helped me take flat scenes and an almost-there ending and really make it something I could be proud of.  Thanks Robert McKee! 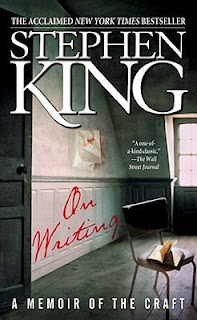 But one thing I don't agree with Mr. McKee on: outlining.  Outlining can be a great way to make sure your WIP is going somewhere.  But sometimes, it can also just take the joy and creativity out of it.  At least, that's what we pantsers/discovery writers think.  Still, a lot of other writers will give you flak for following this path.  That's why I'm so glad I read On Writing by Stephen King.  Uncle Steve says its okay to be a pantser.  It's okay to meander your way through a manuscript, and sometimes it's even okay to throw out thousands of words because they didn't quite work out.  Thanks Stephen King! 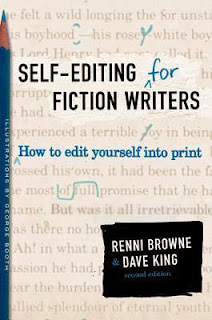 As someone without a formal degree in writing, I didn't initially get what all the fuss was about with dialogue tags and adverbs.  After all, they're descriptive.  My grade school teachers didn't have a problem with them, and I've certainly seen them used in plenty of published novels. Self-Editing for Fiction Writers illustrates so beautifully why they're crutches in writing, and why getting rid of them can take your writing from amateur to the major leagues.  Essential stuff for getting your work taken seriously, I think.  Thanks Renni Browne and Dave King!

I'm always on the hunt for more books on writing, though.  Which craft books have deeply influenced your writing?
writing writing books