Success Story: Sabaa Tahir and her YA novel, AN EMBER IN THE ASHES 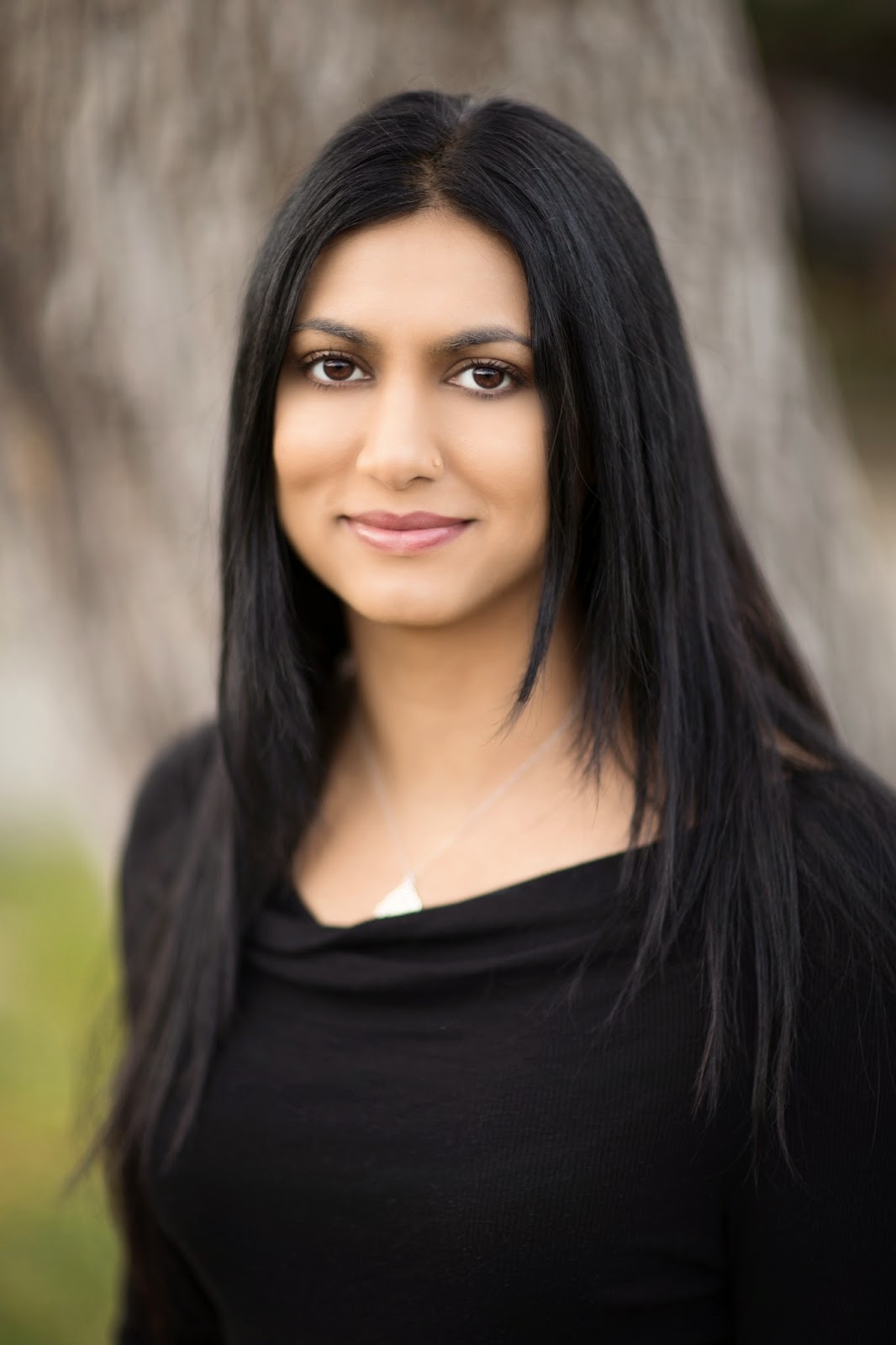 This week, I'm interviewing the fantastic Sabaa Tahir about AN EMBER IN THE ASHES, a YA fantasy being published by Razorbill!  In addition, Tahir has sold film rights to Paramount.  Pretty crazy, right? When I read about the deals in Publishers Weekly, I thought to myself, "Hey, isn't that the nice lady who tweeted me advice on feeding kale to my baby? How completely amazing!" Naturally, I had to learn more.

So without further ado, the Q&A.

Hi Sabaa! Thanks so much for the interview. I'd love to hear more about your debut novel, AN EMBER IN THE ASHES! What's the genre and one-sentence pitch?

Thank you, Maya! One sentence is tough, but here goes: Ember is YA fantasy about Laia and Elias: two teenagers from very different social classes who are fighting for survival and freedom while living under a brutal military dictatorship reminiscent of Ancient Rome.

Articles I read while working at The Washington Post. These stories—about the kidnapped, the murdered, the forgotten—got me thinking: What would I do if I was forced into being a child soldier? How would I fight back if my people were being obliterated in a genocide? Ember grew out of those questions. It was further influenced by my experience growing up in a small desert town where I often felt like an outsider.

How did you initially pitch to your agent, Alexandra Machinist at Janklow & Nesbit (contest, conference, query, other)?

I pitched with a traditional query letter.

How did you know that she was the right agent for you?

In our first call, she had this enthusiasm and love for the book that made a big impression on me. I suspected that she was the right agent, but I had other offers and was paranoid about making the wrong choice. I must have asked her a thousand questions, all of which she answered without reservation. When I met her in person, we got along really well and I figured out pretty quickly that she was “the one.”

Did you work on revisions with her?

We made a few minor edits. Alexandra liked the book as it was, and didn’t want to mess with it too much.

According to Publishers Weekly, AN EMBER IN THE ASHES sold in a preempt by Razorbill. Separately, you've also sold film rights in an amazing seven-figure deal with Paramount. Can you tell us a little bit about how the submission process went down for both the book deal and the film deal?

On the film side, Mark Johnson, the producer attached to Ember, read the book, really liked it, and took it to Paramount. The execs there read it and liked it, too. Soon after, my agent in LA, Sally Wilcox, negotiated the deal. (I’m still trying to process the whole thing, by the way.)

Meanwhile, Alexandra got some clear signs that if we went on sub, we’d have multiple houses interested in Ember. But it was important to us both that we find the perfect home for the book. Alexandra had a specific publisher in mind. After she sent it to him, I didn’t eat or sleep or serve any useful purpose for a few days. I mostly wandered the house like a weird shade, thinking “He’s not going to like it. His team’s not going to like it. OH GOD, I’M GOING TO BE A HUGE FAILURE.” It was a very unpleasant few days for my family.

Fortunately, Ben Schrank, the publisher of Razorbill, loved the book, as did the rest of his team. I feel so lucky to be working with them.

Tell me more about the arranged marriage story [mentioned in the PW article] that garnered an offer of an MTV reality show and a marriage proposal. What was so controversial about it?

The article was about the modern-day equivalent of an arranged marriage: letting my parents “set me up” with eligible matches. It wasn’t controversial, exactly. It just elicited a big response: Marriage proposals, advice, complaints, success/horror stories. People reacted strongly because I think until then, no one had really addressed the issue of arranged marriage from a contemporary American perspective in such a widely-read paper.

What are you most looking forward to as you prepare for the release of AN EMBER IN THE ASHES?

I’m most excited to share Laia and Elias’s story with everyone. I love these characters—they feel like my family. I’ve been getting to know them for more than six years. I’m so very invested in them and in what they represent in a broader sense. I really hope readers love them as much as I do.

What has been the biggest challenge you've faced thus far in your publishing career?

Revising. I revised the living, holy heck out of this book. I’d finish a draft, re-read and think. “This isn’t right!” But I wouldn’t know why it wasn’t right. So I would redraft again. And the same thing would happen. The whole process took ages. Eventually, I figured out that I had some structural issues and after that it was smooth sailing. But it took me a long time to get there. It was very discouraging.

I wouldn’t change the experience, though. All that revising taught me how to write a book. And that’s making it so that my second book, which I’m working on now, is going much faster.

What do you think will be the biggest challenge ahead?

Dealing with expectations—my own and others’. Anytime there is a book/movie deal combo like this, it seems like there’s an immediate response of “Oh look, another overhyped book. This thing better be good.” And that’s intimidating because you know what? I don’t know if it’s going to make it. I don’t know if people will love it, or even like it. I can hope and I can work really hard on edits and on the next book. But after that, it’s out of my hands. Making peace with that is going to be difficult.

What's your current favorite YA book and why do you love it?

Can I have two? I loved “These Broken Stars” by Amie Kaufman and Meagan Spooner. I couldn’t put it down and the twist at the end was pure, gut-wrenching awesomeness. I also enjoyed Rebel Spring, which is Book 2 in Morgan Rhodes’ Falling Skies series. It’s a great story and I love that it never goes where I expect it too.

What authors have inspired you?

I’m inspired by Junot Diaz’s humor, Daniyaal Mueenuddin’s unflinching portrayal of reality and Marilyn Robinson’s prose. Reading J.K. Rowling’s Harry Potter series was a formative experience, as was reading Terry Brooks’ Shannara. Antoine de Saint Exupery’s books about flight completely transport me. Dave Grossman’s books about killing and combat inspire me to think carefully about the role of both in my own book. Do I need to say anything about The Book Thief? I feel like Marcus Zusak should be required reading for the entire planet.

I’m also inspired by Patrick Rothfuss, Alisson Croggon, Rainbow Rowell and Stephen Chbosky, because even though they write very different books, all of them incorporate a deep love of music into their work.

Sorry, I see I kind of went overboard. But I like them all so much that I don’t want to take anyone out. : )

What advice do you have for other aspiring writers?

Never give up. Not when you get rejection letters. Not when you’re knee-deep in revisions. Not when you have to explain to your friends, for the 600th time, that no, you’re not published yet—in fact the book’s not even done. Not when you read about other writers getting agents or publishing contracts. Not if takes you years, like it took me. Keep writing. Keep fighting. Give it everything you’ve got. Never. Give. Up. Eventually, you’ll get there.

Thank you, Sabaa!!! I'm so looking forward to reading your novel!

Thank you so much. I hope you like it.