Showing posts from February, 2015
Show all

5 Reasons to Ditch the Outline 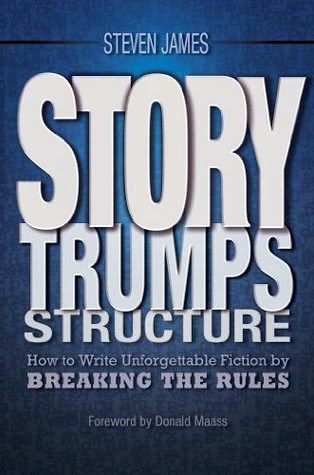 While writing by the seat of your pants is generally accepted as a viable method for writers, few people can actually verbalize why outlining just doesn't work for some of us.  Sure, we discovery writers often complain that we lose our creative juices when forced to work with an outline, but that is a vague and unsatisfactory explanation at best.

Story Trumps Structure by Steven James offers a better, more precise explanation, and I highly recommend it to others who want to try discovery writing.

According to Steven James, I'm not the only that comes across these five problems while trying to follow an outline:

1.  Events seem forced because I am following some pre-determined plot points rather than taking my cues from the details of my character, settings, and situation.  What I thought would be logical in the pre-planning stage might not actually be so when I flesh out the world in my draft.

2. Transitions between scenes can turn out weak because instead of writing what fol…
Read more
More posts