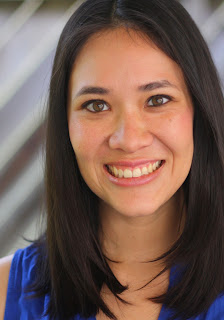 With the intensity of the 2016 election, something amazing arose: millions of people are now engaging in politics in ways they never had before. Town halls are packed, phone lines are jammed. And we writers have a unique role to play.

On that note, Kelly Loy Gilbert, author of Conviction, is here to discuss how the political climate has shaped her work. Take it away, Kelly!

I've been working on my current novel (forthcoming from Disney-Hyperion), which is about Asian Americans and immigration, long enough to have happily changed plotlines after the DREAM Act went into effect--and then been at a complete loss after the election this past November. As a writer of contemporary fiction, everything felt different: was I suddenly writing a dystopian novel?

I have always believed in the importance of the story as a means of demanding empathy, and I feel that now more than ever. I'm always conscious that I write for young people, many of whom are politically voiceless and yet still affected by this administration's policies, disregard for all norms and decency, and extreme endangering of POC/queer/disabled people, among others. 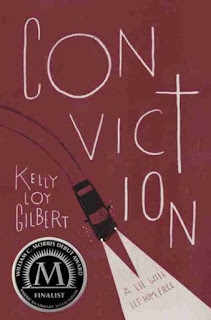 Sometimes stories feel useless, or at least like such small weapons against everything happening, and I think it's easy to get discouraged. But I think of the young people who don't fit the mold of what the administration believes a person should be and do and who have that message reinforced daily. I think of the people whose bodies and families are under threat. I think of the ugliness that's been given a national platform. And I hope, if nothing else, those young people will know that the literary community is behind them, that we see them and won't look away from what's happening.

I don't believe we can separate politics from anything we do, and I feel that acutely in my stories. Writing is a calling. May we ever answer it.

Kelly Loy Gilbert is the author of Conviction, a 2016 Morris Award Finalist and Children's Choice Book Award Winner. She lives in the SF Bay Area. You can follow her on twitter at @KellyLoyGilbert and on tumblr.