- June 26, 2017
With the intensity of the 2016 election, I've found myself drawn to those like myself for whom current events can not be extricated with their work.

On that note, I have Samira Ahmed, author of Love, Hate, and Other Filters (Soho Press, 1/16/18), here to share the ways in which the political climate has shaped her writing. Take it away, Samira! 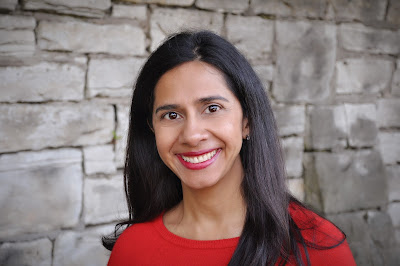 This list represents only some of the individuals who have lost their lives in Islamophobic attacks in the United States and Canada in the last year or so. Not all of these people are Muslim, but, nevertheless, were victims of Islamophobic bigotry.

And this is only a partial list and doesn’t include assaults, vandalism, Quran burnings, anti-Islamic protests, and the ongoing threats and hate speech directed at Muslims or those who “appear Muslim.”

Islamophobia isn’t new to the United States—indeed it comes anyone living during the Iran Hostage Crisis or in the aftermath of 9/11 knows that. But since the 2016 Presidential campaign, anti-Islamic sentiment is on the rise.

My debut novel, Love, Hate, and Other Filters, confronts Islamophobia on the page. Some of my inspiration, if you can call it that, for incidences in the novel, stems from my own experiences growing up as the only Muslim in my small Midwestern town and from what I witnessed after the 9/11 attacks while living in New York City. In 2010, when I first had the idea for this book, a New York City cab driver was stabbed after a passenger asked if he was Muslim.

When faced with this rising tide of ignorance and hate, when you are made to feel like you are the “other” in your own nation, in your only home, there are a few choices before you—and sometimes you have to make the same choice every day. What can I do with my anger and fear and sorrow and disbelief? 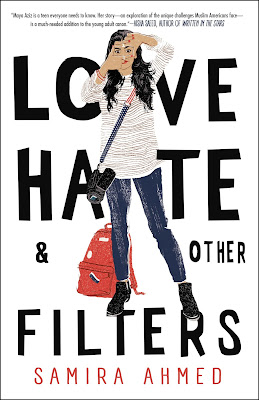 I hope that my book can be a mirror for so many kids, Muslim or not, who might feel like they’re on the periphery. I hope it can show them that they are loved and that they are enough.

I also hope my book can be a window for so many kids who may have never met a Muslim, but have only heard the fear mongering from politicians and talking heads and hate groups. I hope those kids can see what it means to be a Muslim in America, firstly that it simply means that they are American.

But I also wrote this book for me. Putting this book into the world is a way for me to send a little light into the darkness, to hold onto hope and to remember.

Samira Ahmed was born in Bombay, India, and grew up in Batavia, Illinois, in a house that smelled like fried onions, spices, and potpourri. She currently resides in the Midwest. She’s lived in Vermont, New York City, and Kauai, where she spent a year searching for the perfect mango. You can find her on Twitter @sam_aye_ahm and on her wesbite at www.samiraahmed.com.

Her debut novel, Love, Hate, and Other Filters, is available for pre-order now.

Thanks so much, Samira! For more in the Writing for Change series, check out posts from Kelly Loy Gilbert, Tanaz Bhathena, Rachel Lynn Solomon and Pamela Courtney.