- June 01, 2017
In 2017, news headlines are hard to ignore. I can't remember a time in my life where politics have been so center stage in my mind. As writers, we have our own unique role to play as we struggle to reflect truth in our prose.

Today, I have Tanaz Bhathena, author of A Girl Like That (releases 2018), here to tell us how the political climate has shaped her work. Take it away, Tanaz! 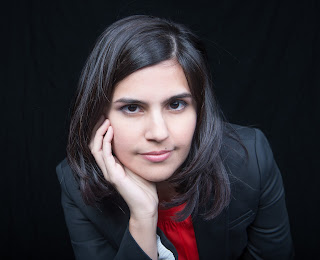 I abhorred reading about politics as a teen. Yet, oddly enough, I've always liked books that have had a political backdrop. In school, I was the kid most likely to check out Rohinton Mistry's Such a Long Journey along with J.K. Rowling’s Harry Potter from the library and enjoy both for how they reflected our world in different settings.

While reading the news often filled me with despair, fiction lifted my heart, giving me glimpses into human beings and their failings and also their innate capacity for goodness. I eventually began to follow politics more closely to see how it impacted people and their lives.

When I first started writing my book in 2006, I did a great deal of research--not only about the politics but also the history of Saudi Arabia. A part of me still wholeheartedly believes in people and their capacity for goodness--so much that I wondered if some of the themes I would be exploring would still be relevant when this book finally got published. Here's the thing though: People are slow to change, even when it is for the better.

In 2017, debates still break out worldwide over regulating women's bodies and consent. Wars are fought over race and religion. Domestic and sexual abuse are still problems and so are bullying and mental health. 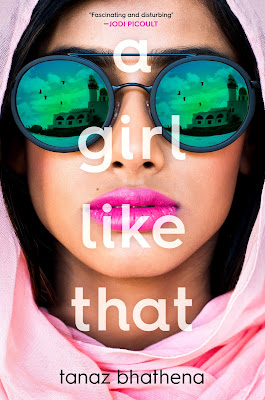 I initially wrote A Girl Like That with an adult audience in mind. There was swearing (a whole lot of it that has now been cut). There were adult perspectives alongside the teenage ones. In the end, though, no adult publisher wanted it. It was too dark, they said. "Do the two main characters have to be dead at the beginning? Can you change that?" they asked me.

When I finally did sign a contract with a young adult publisher, these voices still echoed in my head. Will teens want to read this book? I wondered. Will they find it too dark or too issue-heavy?

But then I remembered the teen who hated the darkness of our world and found hope in even darker novels.

As Madeline L'Engle once said, "You have to write the book that wants to be written. And if the book will be too difficult for grown-ups, then you write it for children."

Tanaz Bhathena was born in Mumbai and raised in Riyadh, Jeddah and Toronto. Her short stories have appeared in various journals, including Blackbird, Witness and Room Magazine. A Girl Like That is her first novel, available for preorder now. You can learn more at tanazbhathena.com.


Thanks so much, Tanaz. For more in the Writing for Change series, check out posts from Kelly Loy Gilbert, Rachel Lynn Solomon, Samira Ahmed, and Pamela Courtney.