A Tale of Two Mentors 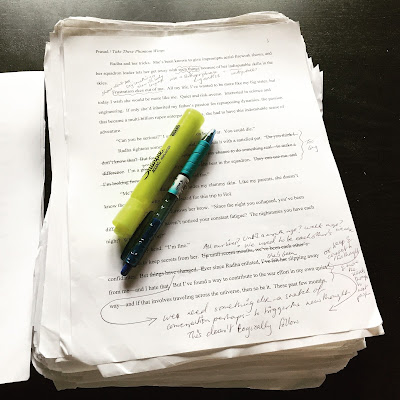 The first MS was a romantic comedy that I’ve since decided needs to be drawered forever. The second was YA cyberpunk, and it landed me with my former agent. Unfortunately, after three long years on submission, some close calls, and an editor R&R, it ultimately never sold. I think it was a strong effort, but I still had a lot to learn.

As I drafted my latest manuscript, I realized what I wanted more than anything was a mentor: a published author who could look at my work and help take my craft to the next level.

Last October, two opportunities came up. First, We Need Diverse Books offered its annual mentorship program, increasing the number of mentors from the year before. The application involved shaping up my first ten pages, writing two essays, a synopsis, and a short pitch.

At the same time, author Gwenda Bond (Lois Lane: Fallout) announced on social media that she was pairing up WOC authors with mentors. Since the WNDB slots were limited, I went ahead and emailed her asking if she could fit me in.

I feel so incredibly lucky because I ended up getting connected to two brilliant and generous women: Padma Venkatraman (author of Climbing the Stairs and A Time to Dance) and Jennifer Latham (author of Scarlett Undercover and Dreamland Burning).

In November, Jennifer and I talked on Skype to get to know each other. Having been through a number of publishing hurdles herself, Jennifer was very empathetic to my struggles. It was so nice to hear from someone who had been through some of the same things I had, and I was thrilled when she offered to read my manuscript.

In December, I learned that I had been selected as one of the recipients of the WNDB mentorship program, a huge honor. Because Padma and I had both been travelling, we didn’t get a chance to talk on the phone until February. She was very sweet, and told me that my pages stood out among the fierce competition. Her enthusiasm has helped bolster my confidence as I revise.

Jennifer and Padma both offered many kind words about the characters and plot, which of course was very encouraging. In terms of critique, it was interesting because they focused on different aspects, the macro versus the micro. Both are valuable, and I feel so lucky to have had the chance to work with such smart women. 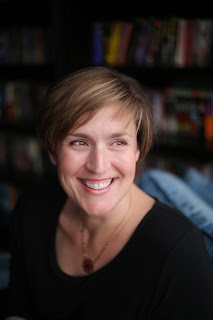 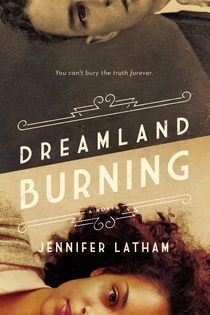 While Jennifer provided some line notes, she focused primarily on developmental edits. Her thoughts immediately resonated with me. Among other things, here is some of the advice she gave me:

1. Make the main character proactive from the start. She should be driving events, not being led along by them.
2. Bring in the romantic interest early.
3. Give the main character clear goals and show her incremental progress throughout.
4. Tighten the ending as much as possible.
5. Find ways to ground the story with more about the world.

The above might seem kind of obvious, but often when you’re in the midst of revisions you’re not seeing the forest for the trees. In fact, Jennifer has a real knack for finding the weak spots in a manuscript and suggesting ways to fix them. Right away, I had some great ideas on how to implement some of the changes. Other issues, however, needed more time to gestate. 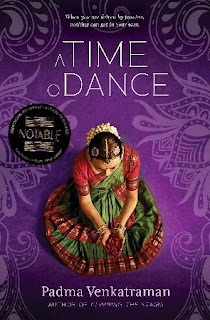 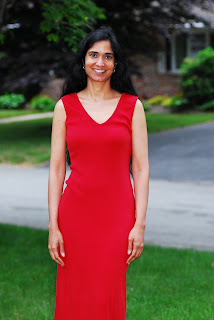 Padma offered a few overarching pointers, but she mostly zeroed in on the prose itself, marking up my manuscript with extensive line edits. I really appreciate the time it took her to go through the text with such thoroughness. Some of the things she pointed out:

1. Even when you’re trying to convey a lot of information, you need to keep the appropriate emotion on the page.
2. Make certain the characters’ decisions logically follow from their thought processes.
3. Remove stiff language and anything extraneous from dialogue to make it snap.
4. Be cognizant of your own writing tics and work to improve them. (I have a definite problem of overusing sentence fragments.)
5. Even when your character is frustrated, your reader shouldn’t be.

Her insightful comments helped me clean up my prose and shape it into something a lot stronger. Now I know what to look for with an eagle eye.

First, it’s important to remember to be patient, both while you wait for feedback and also with yourself as you make changes. As tempting as it is to give yourself a deadline, rushing your edits is not in your best interest.

Second, sometimes you’ll disagree with some of the feedback. That’s okay. It was great to have two mentors because I had two opinions to seek. You can always get more beta readers too, if you’re unsure which way to go with something.

Finally, it’s up to you to make the most of the feedback you receive. You have to push yourself, to not be afraid of drastic changes when they’re called for. And of course you have to be a creative problem solver. A glaring issue may be apparent, but the best way to fix it may be hard to put your finger on. Don’t settle.

A mentorship is a great way to improve your craft. Just remember to take the lessons you’ve learned to future manuscripts as well.

Many thanks to both Padma Venkatraman and Jennifer Latham, two wise and generous souls! Also, thank you We Need Diverse Books and Gwenda Bond for making this year possible for me. I hope that some day soon I’ll be able to pay it forward to another aspiring writer.
#WeNeedDiverseBooks mentors