Our virtual book tour for Foreshadow came to a close last month! It was so lovely to hear from the other contributors about their inspiration, their processes, and what they're up to next! One of the unexpected blessings of 2020 has been connecting with one another virtually, that the inability to travel isn't keeping us apart.

Of course, I was pretty nervous about appearing on camera, and some tech difficulties threw me, but hopefully I will get better with practice. Thanks to those who came out to support me! 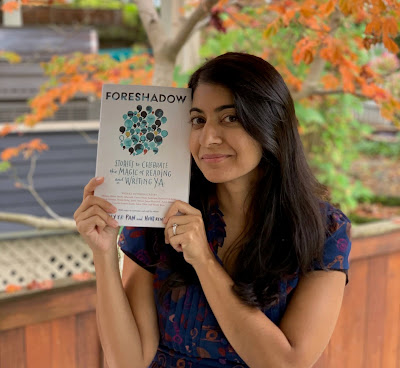 I also had a wonderful time teaching my first workshop last month with Cascade Writers, called Breaking into Kidlit with Short Stories. I hope the mentor texts and writing prompts were helpful to the participants and I look forward to teaching again when the opportunity arises.

Finally, I wanted to share that Foreshadow has received more accolades! We are now up to three starred reviews: School Library Journal, BookPage, and Shelf Awareness. BookPage also named Foreshadow as a Best YA Book of 2020!

Here's what they have to say about us:

"Dazzling short stories by new YA voices along with enlightening essays about the writing process by established authors make Foreshadow a treasure for aspiring writers." -- Shelf Awareness, starred review

"Give this to a reader who wants to dig deeply into the craft of storytelling." -- BookPage, starred review