Interview with Jennifer Yen for her debut, A TASTE FOR LOVE

I am so excited to share with readers a very special interview with Jennifer Yen for her YA debut, A Taste for Love. In this romantic comedy, Liza Yang helps her mother with an annual baking competition--only to learn that the contestants are all eligible Asian American men that her mom hopes to set her up with! A Taste for Love releases on Tuesday, February 2nd! 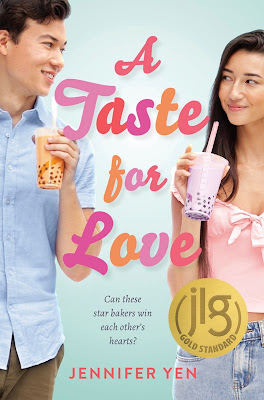 Hi Jennifer! Thanks for sharing more about your debut with us!

I happen to have a soft-spot for foodie rom-coms, so I was immediately drawn to the junior baking competition that Liza’s mother is putting on. What inspired the baking aspect of your story? Do you bake yourself?

I actually came up with the idea for ATFL after a marathon binge of all the seasons of The Great British Baking Show (formerly Great British Bake Off). It was my guilty pleasure, and the only reality TV show that didn't give me anxiety after a stressful day at work (haha)! I have also baked for several years and really enjoy it, so it made sense to put it into the story. For me, there's nothing like the satisfaction of having a perfect bake come out of the oven. The aromas, the taste...instant serotonin boost!

I do have to admit that despite all the Asian pastries I talk about in ATFL, I have yet to try one of the recipes myself. Unfortunately, 2020 was quite the challenging year (for all of us), and I haven't had much time to do any baking. It's definitely on my list to do though! I really want to try my hand at some decorating techniques too.

I’m also intrigued by the mother-daughter relationship here. Mrs. Yang secretly engineered an entire baking competition just to play matchmaker for her daughter. What are some of your favorite mother-daughter stories, and what drew you to writing one?

Actually, my favorite mother-daughter stories were in The Joy Luck Club. I remember watching the movie when it first came out and feeling truly seen for the first time on screen. I had no idea my experiences were so similar to that of others, particularly when it came to the complicated relationship I have with my mother. Amy Tan's telling of the differing diaspora experiences resonated with me in a way no other story had, and it planted the seeds for me to eventually write my own. Obviously, A Taste for Love is a lighter take on that mother-daughter dynamic, but I think readers will still see themselves in Liza and Mrs. Yang. 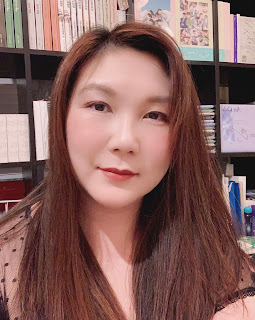 A TASTE FOR LOVE is inspired partly by Pride and Prejudice. Is that your favorite Jane Austen novel? What are some of the challenges of writing a retelling?

Pride and Prejudice is definitely my favorite, though I have a soft spot also for Sense and Sensibility and Emma. What I love about Pride and Prejudice is the theme of being more than what others deem you to be. I think that's something that resonated deeply with me as someone who dealt with the expectations of both the Asian and American cultures for most of my life. In my case, I struggled with the ambivalence of wanting to be what others wanted of me and what I wanted for myself, something you definitely see reflected in Liza.

I think the challenge of a rewriting is how to be true to your vision for it while maintaining enough of the source material to be recognizable to other fans. In my case, it was more important to me to incorporate the cultural aspects and societal themes that echo Pride and Prejudice rather than following the exact plot. It's something I think readers will notice once they get into the book.

What’s your personal favorite scene from the book?

That's so hard, because there's so many! I would say one of my favorites is the scene where Mrs. Yang and Mrs. Lee first meet in Yin & Yang. It was so much fun writing the unspoken dialogue between the two of them. I also love the scene in Hermann Park. I won't spoil it, but it's the first time Liza really starts to see James in a new light. Oh, the epilogue too...and you'll see why when you get there!

Which scene was the hardest to write?

I think any scene between Liza and Mrs. Yang was tough to write. It would have been so easy to write Mrs. Yang as the harsh tiger mom and Liza as the stubborn teenager, but people and relationships are so much more complicated than that. I wanted to portray the nuances of a diaspora experience as authentically as possible, including all the subtext that happens in every interaction between mother and daughter. My hope is that I struck the right balance emotionally for readers to be able to sympathize with both sides, no matter who they are rooting for.

Finally, tell us a little bit about your publishing journey. What has surprised you about the process? What advice do you have for writers?

My publishing journey has had lots of twists and turns, and even a few pit stops along the way. It's been a lifelong dream to be a published author, but it wasn't something I pursued seriously at first. I've been writing since I was in third grade, and continued to do so steadily until I graduated college. When I went into medical school, everything else got put on hold, and then work took over my life. I didn't pick writing back up until about 6-7 years ago, when I was inspired to write some fanfiction. It wasn't long before I penned my first series, something I hope one day to go back to and rework. It wasn't until some friends who read my work encouraged me to try getting them published that I took the first step in early 2018. I queried a few agents with a YA fantasy, got rejected, and then shifted gears into a YA contemporary that I still consider my heart book. I went on query with that book after the spring DVPit that year, and in late 2018 I received my offer of representation from my wonderful agent Jess Watterson. Sadly, we were unable to find a home for that book, but I continued writing. I hit upon the idea for ATFL in early 2019, and drafted it at the speed of light in time to go on submission with it by March. The book sold within two weeks, and in less than 2 weeks, ATFL will be out in the world!

In terms of the process, I wouldn't say that anything surprised me because I was fortunate to befriend many writers who were in different stages of the publishing journey. They were, and still are, the most valuable resource for me every day. However, there are some things I have learned along the way. The first is that patience is key. I know a lot of authors speak about this, but it's true. There's so much waiting in publishing, and nearly all of it is out of your control. What matters is that you persevere. If you want to be a published author, keep writing and honing your craft.

The second thing is humility. Yes, you should have pride in everything you write, but you also need to understand that you will be judged every step along the way if you want to become published. You will have to take criticism and accept that people are allowed to (and will) have opinions on your writing. While you can't please everyone, there are certain standards agents and editors will ask you to meet. Assuming that your writing is perfect and needs no improvement is a surefire way to get rejected. If you're getting repeated feedback about certain things, take a step back and evaluate how to address those concerns.

The last thing is flexibility. One of the reasons I got to this point was learning to move forward. The YA contemporary novel my agent signed me for did not sell, even though it was something I poured my heart and soul into. If I had refused to write any more stories, ATFL would not have happened. I let go of it for the time being so that I could give myself the chance to be published. I'm not saying you should give up on your heart books. What I am saying is that if your ultimate goal is to be published, it might not be with the book that means the most to you. Agents and editors are investing in your writing, not one specific book, even if that's what they sign you for. Set a limit on how long you will try to query/submit a manuscript, and if you don't succeed, move on to the next one. Plenty of authors are able to go back and publish their old books once they are more established. Nothing is written in stone.

Great advice, Jennifer. Thanks so much for sharing your journey and inspiration for A TASTE FOR LOVE!

A TASTE FOR LOVE releases on Tuesday, February 2, 2021. You can purchase it at your favorite local indie bookstore or at the following: 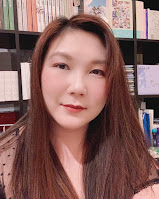 Jennifer Yen is a Taiwanese American author who lives with her adorable dog in Texas. She spends her days healing the hearts of others, and her nights writing about love, family, and the power of acceptance. Jennifer believes in the magic of one's imagination, and hopes her stories will bring joy and inspiration to readers. Her debut novel, A Taste for Love, comes out on February 2, 2021. If you find her wandering around aimlessly, please return her to the nearest milk tea shop.